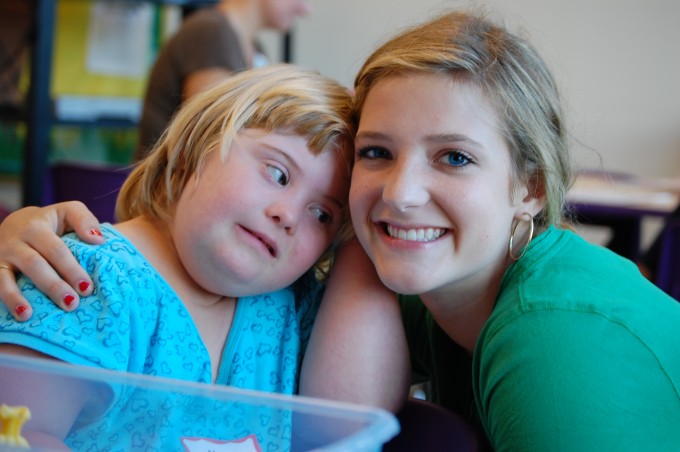 Jesus gives us an answer as to what blessing we receive when we reach out to PURE people and their familes when He says:

Then He also said to him who invited Him, “When you give a dinner or a supper, do not ask your friends, your brothers, your relatives, nor rich neighbors, lest they also invite you back, and you be repaid. But when you give a feast, invite thepoor, the maimed, the lame, the blind. And you will be blessed, because they cannot repay you; for you shall be repaid at the resurrection of the just.”
Luke 14:12-14

In the beginning of this chapter Jesus has been “rebuked” by the Pharisees for healing on the Sabbath. He has responded with a parable about humility and taking the lowly seat at the wedding feast. He then adds what we read in verses 12 through 14. In the Jewish tradition, when someone is asked to come to their home and eat, it is much more than a dinner invitation. It is an outward sign of acceptance and friendship and carries with it much more meaning than simply a time together. It is evidence of and a desire for a relationship. If we look closely at this passage, we can easily see the obvious application to us as Christians and our church today.

As he does many times in Scripture, Jesus uses extremes to contrast and make a point. He obviously is not saying literally, “do not ask your friends, your brothers, your relatives, nor rich neighbors,” for we know this is not consistent with Scripture. Jesus knows we will do these things: we will surround ourselves with the familiar and with whom we are comfortable and accepted. However, He is using the extreme to make His point.

So, just who is Jesus saying we should “ask?” And, to where are we asking them? “The poor, the maimed, the lame, the blind” are obviously PURE people! In the context of our life and as Christians and in the church, we are “asking” these people into our fellowship. Because people look, act, or respond differently than we do, it does not exclude them from the love of Christ or His body, the church. Jesus concludes this amazing statement with an amazing truth: if we do step out in faith and invite the poor, the maimed, the lame and the blind, we will be blessed! This is a promise from Jesus Himself. We, who are unfamiliar with the PURE world and PURE people and view it only in as tragedy and heartache, at first, find this difficult to grasp. However, countless numbers of PURE people, PURE families, and friends of PURE people can attest to the truth of this promise. We are blessed by PURE people through relationships with them and loving them in ways that we never could conceive or imagine. We find ourselves in situations doing things we never thought we would do out of love for people we formerly thought of as nonresponsive or incapable of response. Through these PURE people and families, God blesses us through astounding ways and changes our lives.

In addition to the promised blessing awaiting us as a result of our befriending PURE people and families, Jesus provides for us another reason in His gifting to this world of PURE people. Though we can certainly not fathom the mind, heart, or intentions of God, He does reveal to us just a glimmer of His purposes with PURE people.

And as Jesus passed by, he saw a man which was blind from his birth. And his disciples asked him, saying, Master, who did sin, this man, or his parents, that he was born blind? Jesus answered, Neither hath this man sinned, nor his parents: but that the works of God should be made manifest in him.
John 9:1-3

Here we have Jesus and some of His disciples in an everyday experience, passing by a blind man. We don’t know exactly who the disciples were, but Bible scholars generally agree that probably the disciple asking the question is, again, Peter — the disciple who so frequently is outspoken and, perhaps in this situation, seeking the approval of Jesus. The disciple asks, “Is this man blind because of his sin or the sins of his parents?” He assumes the answer is one or the other. When Jesus responds that the man’s blindness has nothing to do with either his sin or his parents, he invalidates the common explanation of the day relating to disability; that is, disability is caused by sin. In a single sentence Jesus not only destroys the thinking that sin causes disability, but also boldly states that He, God, has created the blind man so that his power can be seen in him! Rather than “mistakes,” PURE people are specially created by our father in order to reveal His power. Yes, we know Jesus later heals this blind man, but Jesus proclaimed his worthiness BEFORE He healed him. This blind man as are all PURE people, whether miraculously healed or not, is a special vessel of the love, mercy, grace, and power of a loving sovereign God.

When we finally get the courage to surrender, commit to get involved with or at least expose ourselves to PURE people, and actually do “it,” most of us do “it” with visions of how righteous and noble we are in “getting down to their level.” We DON’T get “DOWN” to their level, but we must be raised “UP” to their level to be worthy of them. We think we are blessing them (and we are); in reality however, they are simply blessing us more! Jesus alone can empower, enable, and “raise” us up when we realize this.

Is it not ironic that many times, PURE people are the kinds of people that God uses in his Kingdom and our being their friends is as much for our growth as it is for their good?

The Command The Need