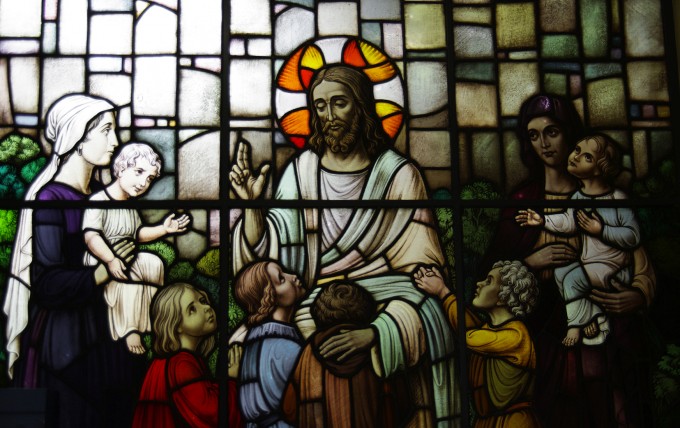 After 3-hour night of respite ministry, I realize I hadn’t really known what to expect. That night, I had seen amazing relationships being forged between typical people and those we cherish as PURE. I had personally witnessed a schedule and format that was complete genius as it allowed everyone to focus on their strengths and abilities rather than their deficits. Meeting and speaking with servants of this incredible ministry had left my fingers itching to write. But we were instructed to assemble in a large group meeting room for some kind of benedictory activity, so I slowly navigated toward a seat in the back of the room.

The last thing I expected, knowing how much energy this night had cost me personally, was a worship service. I don’t think I had ever considered what it would be like to worship with so many PURE people. Because my son’s primary anxiety trigger is auditory input, worship is very difficult for us. Noah simply cannot handle all the sensory information in the form of music, voices, clapping hands and moving bodies. His typical posture is to sit, shoulders hunched-over in a protective posture, with his hands over his ears.

This has perhaps been one of my greatest sorrows as the mother of my PURE child. Worship through music has been a life-long love of mine. I learned not only to sing harmony in church at my grandmother’s side, but also to sight-read music.  As a matter of fact, the first book I probably every “read” was a hymnal. As I grew I joined choirs and, eventually, became a children’s choir director and worship leader. Not being able to share my love of worship with Noah has been difficult. I suppose it is natural to want to take that which brings me so close to God and impart it to my son. But for Noah, it is anything but “natural.” It is painful.

As we took our seats in the meeting room, I double-checked Noah’s noise reducing headphones to insure that they would help him endure a time of worship. I was comforted to see other PURE people entering the room taking similar precautions.  So I settled us in as Miss Lorie began a few preliminary announcements. Then the completely unexpected happened.

After calling into the audience for the worship leader, she handed the microphone over to a young PURE man who was about 14 years of age. It was clear that he had done this before, for everyone began clapping in preparation for a song that I would never forget.

There were a few things that happened simultaneously. First, I saw two pairs of young PURE children walk forward as the first strains of music began. They eagerly joined hands and began to partner dance just in front of the stage. With smiles that threatened to break their faces open, they began to sing and dance in cadence. As they worshipped with one another, laughing and smiling, it moved me to remember that worship is a corporate experience that brings us closer to one another as we move together toward the God of the Universe.

Voices joined in unison and began to sing, “Soon and very soon, we are going to see the King…”

All at once, I noticed movement behind me and turned to see a PURE adolescent girl position herself in the back corner of the room, quite isolated from the rest of the group. Moved by compassion because of my experience with Noah’s noise sensitivity, I prepared to rise and offer assistance to what was surely her discomfort. But as the song progressed past the first bars of prelude, however, I witnessed one of the purest forms of worship I will ever behold.

Slowly, at first, she began to spin. As the music progressed through the first refrain, her spinning had increased to a dizzying whirl. As her long, blonde hair splayed out in a beautiful fan around her head, you could just glimpse a dazzling smile across her face. Eyes closed, arms out, smiling like she was looking into the face of God himself, she twirled about.

A passage from Jeremiah immediately sprung to mind. God is promising revival and safe passage for his people. He speaks of a time of peace and healing and restitution that would be for those who were suffering. The prophet writes,

“They will come and shout for joy on the height of Zion,

And they will be radiant over the bounty of the Lord—

Over the grain and the new wine and the oil,

And over the young of the flock and the herd;

And their life will be like a watered garden,

And they will never languish again.

“Then the virgin will rejoice in the dance,

And the young men and the old, together,

For I will turn their mourning into joy

And will comfort them and give them joy for their sorrow. [1]

The world rendered “dance” in that passage denotes “turning about in a ring; dancing in a circle.”  God promised, through his prophet, that in the day when he would redeem their suffering and bring them to Zion, they would be moved to twirl and dance about as their hardships were traded for joy.

Checking on Noah to be sure he was managing well, I was amazed to find his face completely relaxed and his eyes closed. With his head back, resting comfortably on his chair, he appeared to be sleeping peacefully. Perplexed, I scanned the room to see the affect on the other children I suspected to be sensitive to sound. They too seemed comforted. Perhaps it is because their differences and disabilities were so seamlessly accommodated for that they were almost unnoticeable.

Or, perhaps, they too had seen the King.

“Soon and very soon, we are going to see the King…”

With tears in my eyes I could picture King Jesus himself clapping with joy among the little girls swinging their arms to the music at the front of the stage. I saw him standing, arms out-stretched, feeling the small breeze stirred by the rapid spinning of the adolescent girl in the back corner of the room. And I imagined him gently rocking back and forth in splendid praise as our PURE worship leader continued to reassure us that “soon and very soon” all would be restored.

What I saw that evening at Blackshear Place Baptist Church was kingdom come.  The closing worship only reiterated what the entire evening had been about. PURE people came into the house of the Lord radiantly shouting his praise. Not languishing for one second that evening, they brought forth fruit from lives “like a watered garden.” Their differences diminished as they joined with their Buddy for an evening of fellowship. And, at the end of things, it only made sense to worship the majesty of the King of Kings.

Yes, “soon and very soon we are going to see the King.” But for one night, kingdom come was on full display. And I, for one, was greatly comforted. I was witness to a preview of what the Kingdom of God can look like now, here on Earth.

And it is beautiful.

They sang “Soon and very soon” at Scott’s Celebration of Life.